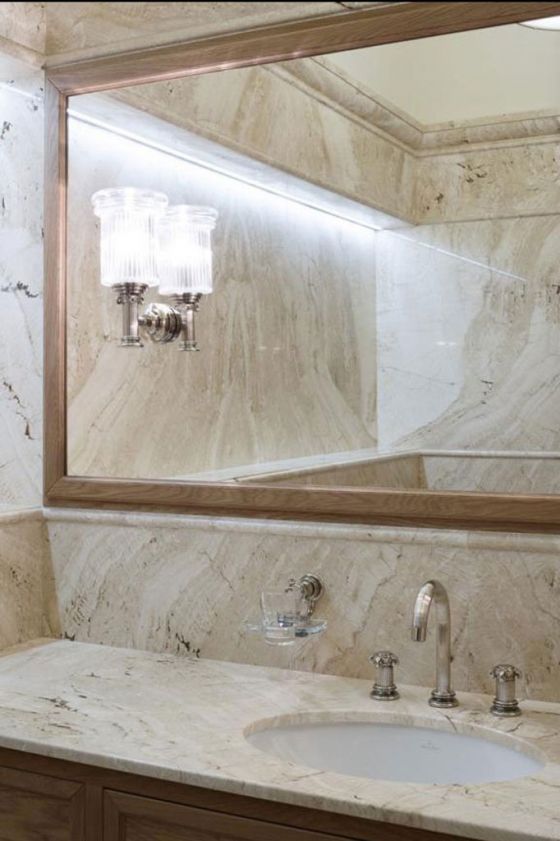 In all its rooms, the interior of a Russian country house on the banks of the Volga radiates the atmosphere of the classic American villa, with spacious and comfortable areas flooded with light that invite you to come an relax.

For the bathroom, Olga Zubova designed a luxurious room concept, which conforms excellently to the classic American style. Utilising agreeably warm lighting and a soothing palette of cognac-coloured sand tones, which are reiterated in the natural materials like the solid wooden furniture or the variations in the natural stone on the walls and floors, she produces an atmosphere of tranquillity and calm.

With the bathroom taps of the Aphrodite series by JÖRGER, whose forms resemble the ionic pillars of the Greek antique, Olga Zubova skilfully adds accents that conform to the classic American style. The distinctive and authentic coating/surface of these bathroom taps made of “antique silver”, which emulates the effect of natural aging, underscores the timeless elegance and historical character of the room concept. Even the accessories of the Aphrodite series, such as the mirrors or the wall lamps, which likewise draw upon the form of the ionic capital from the Greek antique, add a touch of the bourgeois to the bathroom.

More about the Aphrodite series from Jörger can be found here.

Olga Zubova, who is the project leader for this room concept, studied architectural design at the Moscow Architectural Institute, and has been working as interior designer since 1999. In 2008 she started her own design studio called ZDesign (https://www.instagram.com/zdesign_studio). Some of her projects for private apartments and houses have been repeatedly published in notable magazines for architecture and interior design, such as Elle Decoration, AD or Interieur+Design (Интерьер+Дизайн). 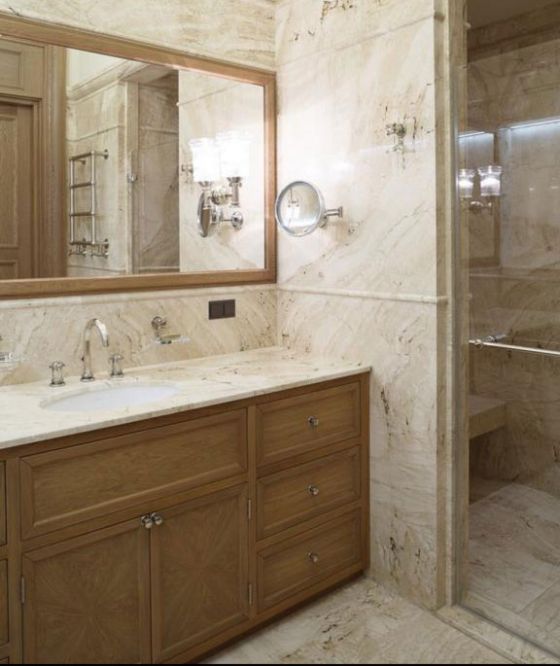 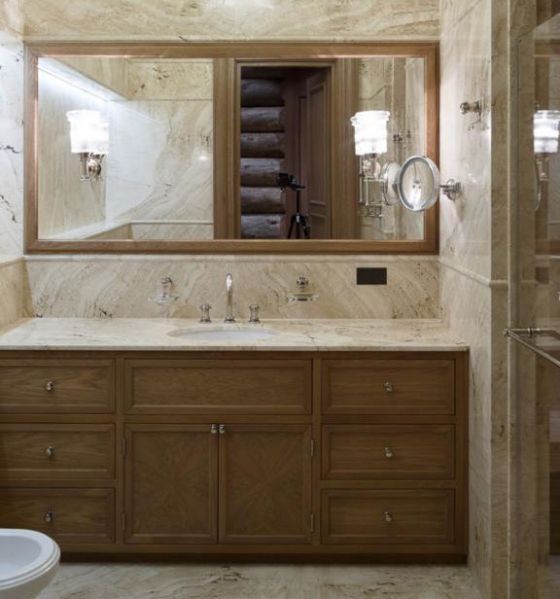