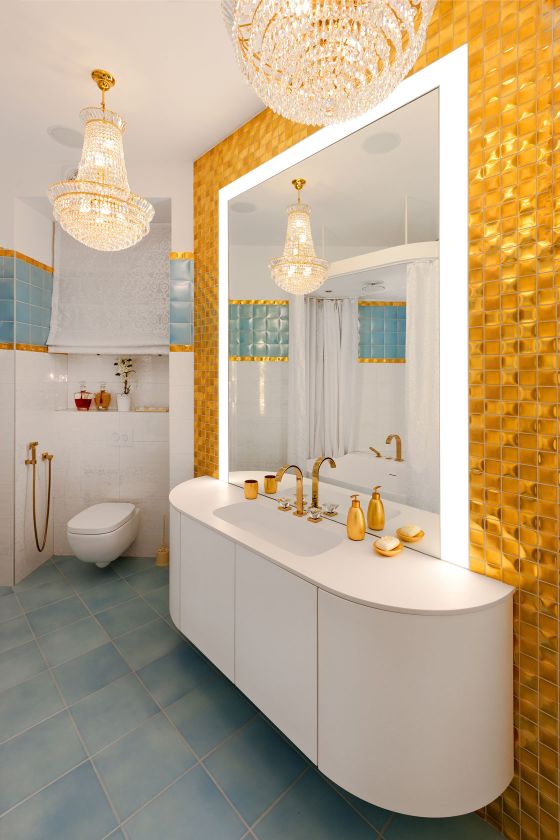 An island pampered by the sun, with white sand beaches, surrounded by a turquoise sea, melting into the blue sky on the horizon. This central motif of a bathroom interior in an apartment on the island of Petrovskij near St. Petersburg was developed by designers of the group of architects called А5 Fontanka.

In the home of a young, creative and musical individual, a warm and cosy atmosphere dominates, radiating openness, warmth and joyful anticipation. This same atmosphere is echoed in the open design of all the rooms in the apartment. And thanks to the generously sized, ceiling-high panorama windows of the apartment, the rooms are flooded with space and light. In such a setting the room concept of the bathroom should naturally be no exception.

In the bathroom a skilful balance of white, sun-gold and turquoise wall décor, of chandeliers sparkling with reflective crystal glass, and of the illuminated mirror rim produces an airy atmosphere flooded with light and space. The feeling of royalty in the room is achieved through refined yet pivotal design accents. With their distinctive and genuine 24 karat gold finish the taps of the Empire Royal Crystal series by JÖRGER adorn the bathtub, shower and the washbasin area, and add refinement to the bathroom with the clarity and reduced lines of their handles, which are shaped like a crystal prism.

The room concept was designed under the direction of Andrej Ermilinskij, member of the group of architects А5 Fontanka. The studio Fontanka А5 from St. Petersburg belongs to the design studio “Format A5”, which been active in the market since 1992. The company specialises in designs for country houses, building projects and public buildings, as well as interiors of private homes. Projects already realised by the Fontanka A5 group have been published in leading trade journals in Russia as well as the Internet portals www.archiprofi.ru and www.dizbook.com. 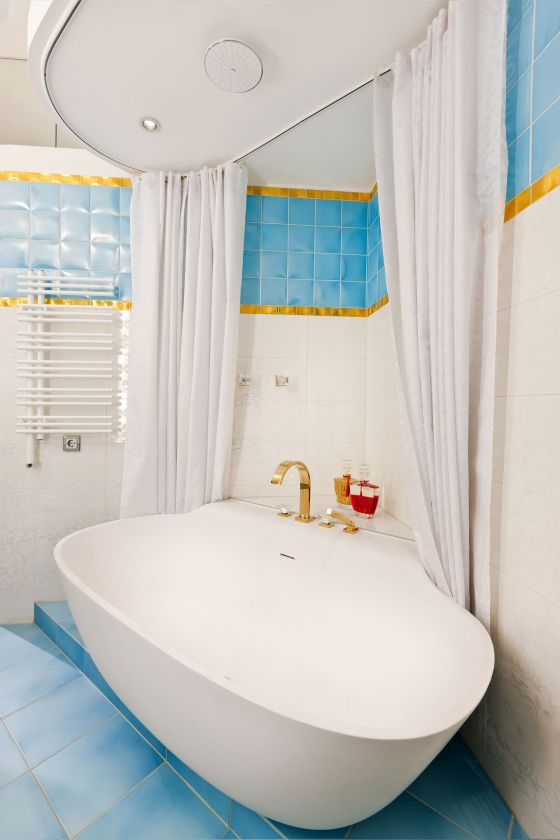 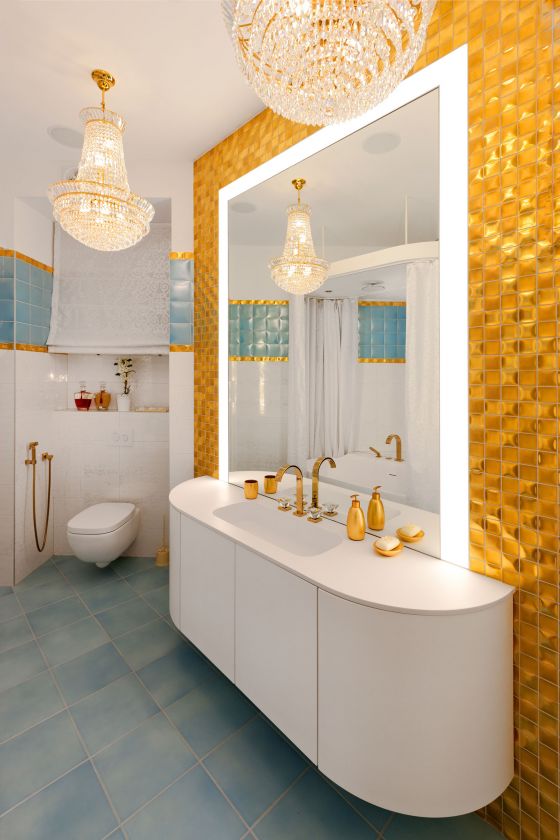